Lagos is a bustling town full of activity, nightlife, and modern attractions. However, it is also a town full of history and the monuments and architecture which take us back to the many different peoples who have settled here and the many maritime adventures which have started in Lagos impressive natural harbor. Nearby is Sagres Point, a must visit…

In Year 1755, Lagos suffered a massive earthquake struck, in which many buildings and monuments were destroyed. However, several historic sites have managed to survive, and now they are representing the cultural heritage of the modern city. At the heart of the historic district of Lagos there is an ancient fortress built in traditional local style. In the period from the 16th to the 17th century, it was the main residence of Algarve Governor. Today, the beautiful architectural monument is open to public and is very popular among travelers.

Museu Municipal invites visitors to get acquainted with the history of the city and see the priceless works of art. Its main advantage is a collection of old boats; one of the halls of the museum is dedicated to the pictures of 17th-18th centuries.

Another bright feature of Lagos is an abundance of beautiful churches & cathedrals.

Igreja de Sao Sebastiao is located on one of the highest hills. It is a beautiful building with high towers and an amazing hand-made wooden altar.Vacationers can admire the ancient religious buildings, as well as enjoy the panoramic view that can be seen from the hill.

Igreja do Carmo which is the surviving part of an old monastery. Today, the biggest part of the building is in ruins, but due to surviving fragments visitors can appreciate the beauty and grandeur of the former structure. 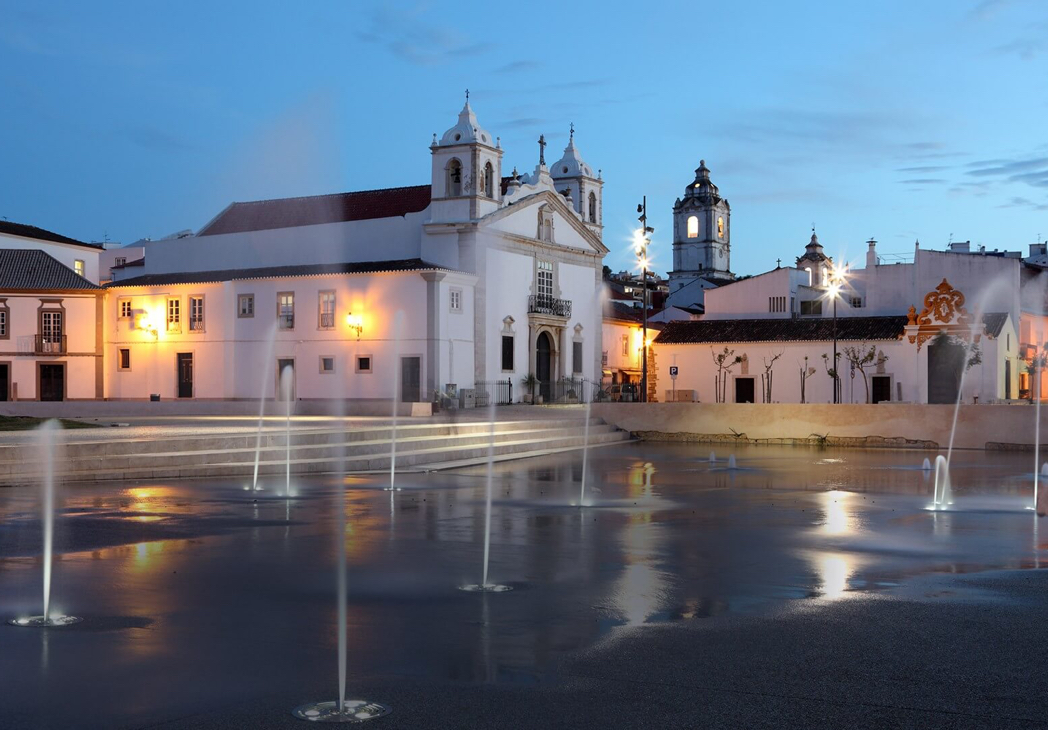 The Church (Igreja de Santa Maria) is considered to be one of the most beautiful buildings in the city. It was completed in the first half of the 15th century. From the first building only beautiful wooden gate has survived; in the 18th century, the church was completely rebuilt. A lot of interesting stories are associated with this church, for example, in 1460 the funeral of Henry the Navigator was held there.

Museu Etnografico is located in the ancient Church of St. Anthony (Igreja de Santo Antonio) points out. Inside the museum, there are important historical artifacts and crafts by local artisans and artists. The church of Santo António Church in Lagos is one of the beautiful Churches it has one of the most breathtaking interiors in the Algarve. Dating back to 1707, and then rebuilt after the Great Earthquake of 1755, it stands as a fine example of the Baroque style of architecture. What really sets the church apart is that it has one of the most breathtaking interiors of any of Portugal’s many beautiful churches

Praça Central remains a popular place for walking among the Tourists of the city; the monument to King Sebastian is its main landmark. In the Year 1578, he went missing during a military campaign; locals remember his deeds even these days.

Museu de Cera dos Descobrimentos will appeal to those who love exciting adventure stories. The museum is dedicated to famous seafarers. It features a rich collection of ancient costumes, maps, and mock-ups of old ships. The halls of the museum are decorated with realistic figures of famous seafarers and pirates, against the background of which you can make excellent memorable photos.

Praça Gil Eanes is surrounded by picturesque historic buildings. In the daytime, it does not represent anything special. It is an ordinary area, where tourists and locals go for walks. In the evening, however, the area changes beyond recognition. Street performers, musicians, and dancers conduct interesting performances. Also, fairs and gastronomic festivities are often held on the square. On the day of important football matches, large screens are always installed on this square.

Mercado de Escravos located in the old town is a fascinating new museum. The Slave Market Museum is housed in a historic building in the Praça do Infante D. Henrique square. The Slave Market Museum traces the history of slavery in Lagos and the Algarve from the arrival of the first slaves in the mid 15th century. Black African slaves were first brought to Lagos from the western coast of Africa in the Year 1444. The building now containing the museum was built in the 17th century.

Castelo dos Governadores de Lagos walls surround the entire city of Lagos, providing the town its main means of defense. With an origin in the Roman period, Lagos Castle and city walls were renovated by the Arabs and greatly expanded during the 16th century during the reign of King D. Manuel of Portugal. This expansion was done due to a need for protection of the growing urban area of the city. In the mid-sixteenth century, Lagos was the large base of support to the Portuguese Discoveries, it was one of the places from where sailors left to their main Worldwide expeditions and an entrance hub for many of the products sold. This strategic importance of Lagos gave way to a considerable economic development, which ultimately resulted in its urban growth. Lagos walls have nine towers prepared to receive artillery and seven gates of access. At the end of the 16th century, one section of the walls was transformed into a residence for the Algarve Governors.

Forte da Ponta da Bandeira, also known as Forte de Nossa Senhora da Penha Fraça, was built in the 17th century. It was oriented towards the sea to protect the harbor, a small area from which boats performing the trip to Ponta da Piedade depart. To access you have to cross a drawbridge. Once inside, you will find the chapel, devoted to Santa Bárbara, and decorated with blue 16th-century tiles. From the balcony, you will enjoy beautiful views of the city of Lagos and this area of Algarve. In its rooms, you will find a museum about Portuguese discoveries as well as some temporary exhibitions.